Maslow's Pyramid and the Snowy Owl

The ups and downs of getting and keeping housing 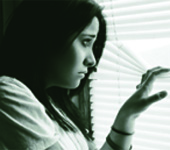 It’s a cold, rainy day close to New Year’s and I’m running around looking for a place to live, feeling like a failure. The landlords always want to know if I’m working or a student, and when I say “neither, I’m on income assistance,” I get turned away. Since when is government money no good? And I may have a disability, but I’m still a good tenant.

A part of me believes that I deserve this treatment, that I should be punished for getting involved with someone who has stalker issues, which is why I have to move from my current location.

Two years and four months ago, my ex kicked in my door in a drunken rage. At the time I was living in BC Housing as part of the Addictions Recovery Program, which provides transitional housing units for people in recovery from substance use.1

Living in this BC Housing situation had its pros and cons. The cheap rent was great, but the downfall is that it can be a breeding ground for drug activity and a highly triggering place for people like me who suffer from post-traumatic stress disorder (PTSD). There was open drug activity, even though there is a policy of zero tolerance for use; I relapsed several times while living there. It’s also a highly charged social environment: people yelling and having violent outbursts; always disputes going on, as people don’t have reasonable reactions and tend to explode. People living there don’t have good boundaries, so will say sexually suggestive and inappropriate things. It was, in a word, chaotic.

When my ex kicked in my door, I had already been given a two-week eviction notice by BC Housing, because management had discovered my relapse.

My ex was arrested, put in a locked-down residential recovery house for six months, and a one-year restraining order was put in place right away. I felt scot-free after that happened. I moved to a safe location and started my life all over again.

I lucked out with my housing search, though I like to attribute it to my own higher power. On the day I had to leave BC Housing—I thought I was going to be homeless and couch surfing (at BC Housing!)—I found a place on Craigslist. I moved into private (market) housing—a basement suite in a four-unit house for an affordable $500 (I receive $900 on disability assistance) and a great landlord.

I prefer living in private housing. My landlord is close by and takes care of things quickly, unlike BC Housing, where there was so much going on that it was hard for the two managers to deal with everything. Also, my neighbours don’t harass me like they did in the public, transitional housing.

After I got settled, I went to tons of AA and NA meetings and slowly regained my sobriety and sanity.

Then I made the fatal mistake of visiting my ex, who was still in treatment at the time. That was two Christmases ago and I’m still paying for that lapse in judgment. I went against the restraining order that I had filed and hooked up with him again. I thought things would be different if we were both sober. I was wrong.

Change and healing takes time, lots of it. Breaking my own negative patterns that have developed due to past childhood trauma has proved to be more challenging than just quitting drinking. Likewise, expecting my ex to all of a sudden treat me with respect was highly unrealistic.

Finding safe and affordable housing, staying sober and managing mental health issues can be a vicious circle. I make progress in one area (housing), only to fall in another (mental health and soon after that it’s addiction if I’m not careful). I’ve been sober a little over two years, but now I’m starting to remember traumatic events and find myself more easily triggered into paranoid episodes. Drugs put you in a kind of coma, so I didn’t know how severe my PTSD was until I cleaned up.

When my ex knocked on my door a month ago, I had a major episode. My realities collided; I couldn’t differentiate between the here and now and my past. (I should mention that I had gone off my Seroquel.) I locked myself in my bathroom as I often did when I was a child trying to get away from a sexually exploitive father and a raging mother. I ended up going to the hospital; should probably have stayed, but left with a referral to a mental health team.

Now, after having calmed down from that episode—plus I went back on my medication—I’m not quite sure why I’m moving. Who am I really trying to get away from, my ex or ghosts from the past? My ex has been sober for over a year now and isn’t as abusive and explosive as he used to be. My mom has made some positive changes in her approach to life and to me. My father passed away over a decade ago. This all leaves me feeling quite ‘insane.’ But am I overreacting? What am I so afraid of? Trying to figure all this out—while fighting urges to drink or self-harm and no longer feeling safe where I live—is quite overwhelming to say the least.

So again, here I sit, with my boxes, looking on Craigslist for another affordable, safe place to live—doubting that I will find another, because I had my one chance and I blew it.

A balancing act and jumping up the pyramid

Having trust issues and not being good at setting boundaries (though I’m getting better) works against this whole process of trying to move forward. There are well-meaning friends and there are friends with an agenda and those distinctions tend to blur in the mind of an abuse survivor. I really don’t want to be a victim, but I seem to have this signpost on my back indicating how vulnerable I am.

When friends of the opposite sex try to help me find housing or help with other such practical concerns, things quickly become muddled and ulterior motives arise. For instance, a male friend arranged an interview with a housing manager, then came on to me sexually. And I find myself either succumbing to things I really don’t want to do, but it seems like I’m programmed into thinking I do. This may have to do with my history of being molested; I respond to coercion and manipulation.

Or I go to the other extreme and barricade myself at home alone. But isolation is dangerous for the alcoholic; you can only be left alone with a troubled mind for so long. Yet, as a person who also suffers from crowd anxiety and has trouble taking public transit, the quiet of my home is exactly what I need.

It’s a real balancing act to make sure all these areas of my life are in harmony and not impeding each other.

My solace is my spirituality and creativity. When I’m confused and fearful, I surrender to a mystical faith that lives in magical gardens of a quiet hope beyond the chaos of human drama. I write poetry, do photography and dance to a higher power and purpose that I can’t see but can perceive. I sense another world of snowy owls, unicorns, moonbeams and stardust around me, encouraging me not to give up on life and healing.

In Maslow’s famous hierarchy of needs,2 the basic needs for shelter are at the bottom of a pyramid and the need for self-actualization is at the top. Sometimes people who don’t have struggles with addiction or mental health issues don’t realize that self-actualization is a luxury. I asked someone on the street once what his dreams were, and he said “to have food in the fridge.” I feel guilty about jumping to the top of the pyramid, but sometimes I’m so at the end of myself, I feel like writing a poem will be my food and drink.