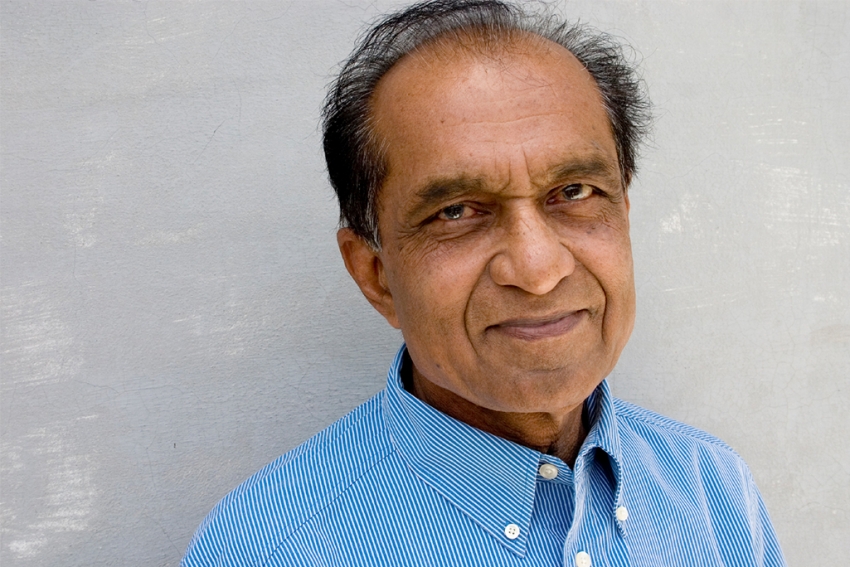 Jarnail* was a proud man who had a difficult time admitting that his alcohol use was becoming a problem. What started as an occasional drink in the evening had now become several glasses of scotch throughout the day. He knew plenty of men in his village back in India who had an alcohol misuse problem, but he had managed to avoid that fate for most of his 65 years. Why, after recently immigrating to Canada, did it rear its ugly head?

Jarnail's family, out of concern, brought him in to DIVERSEcity Community Resources Society, where I saw him for counselling. They had noticed that his alcohol use was increasing and that he was spending more time by himself in his room, isolating himself from the rest of the family. They were also concerned because Jarnail suffered from high blood pressure, and they feared the impact on his health from mixing alcohol with his blood pressure medication.

As Jarnail didn’t know what counselling was about, he was hesitant at first to divulge any personal information. Trust took time; he needed to first understand my role as a counsellor and to know that I wasn’t there to judge him or tell him what to do. He would ask me questions about my family, which I understood as his way of trying to connect and understand me better. While he was still not sure how someone half his age could help him, he became willing to give me the benefit of the doubt.

Much of our initial discussions were around how life was in India and the role he had there, and how his role had changed since coming to Canada. In India, Jarnail worked on, and looked after, the family property for over 40 years, while his wife Pritam* had primary responsibility for raising the children. In Canada, he was staying home and looking after the grandchildren along with Pritam. He'd have preferred that his wife look after the children, but she had some health problems and therefore needed help. Jarnail also took great pride in his many decades of hard work. While he loved his grandchildren very much, he didn't feel the same sense of pride in looking after children. And, although he was happy to be in Canada, he missed the lifestyle he was used to in India, of getting together with other people in the village on a regular basis. In Canada, he felt much more isolated.

Jarnail was not alone in this—I had the opportunity to speak to Pritam about her experiences as well. Raising children was a task she was much more familiar with, but she too missed the interconnectedness of her former life in the village. Whenever she needed medicine or any kind of assistance, there was always someone in the village to help. Now, without a driver's licence and not knowing how to get around, she had to wait until her son or daughter-in-law came home from work.

Jarnail and Pritam shared many of the same issues around adjusting to their new lives in Canada. One of the biggest differences, however, was Jarnail's use of alcohol. Back in India, it was acceptable for men—but not women—to drink alcohol; it was only when Jarnail's social behaviour in the household changed that his family noticed something was wrong. Pritam, on the other hand, kept everything inside, so it was harder for her family to recognize what she was going through.

I would say that all the immigrant clients I've seen have gone through some kind of role adjustment experience, though it can range from mild to quite drastic. The older the client—and, therefore, the longer that client has lived his life a certain way—the more difficult the adjustment to a new role and culture can be. This period of adjustment, which can last for years, is when misuse of alcohol and other substances, as well as the onset of mood disorders like depression, can occur. Mental health and substance abuse issues, in turn, will make the adjustment phase much more difficult.

Over time, Jarnail and Pritam were able to identify their adjustment stress. Through counselling and support, they began to understand that what they were going through was very normal. Jarnail recognized that he was withdrawing from his family and that his increasing use of alcohol was, in fact, increasing the stress he was feeling. And Pritam found great comfort in being able to talk about her stressors, rather than holding them all in. Once they understood what was bothering them, they were able to take steps to dealing with them.

Jarnail decided to embrace his role as a grandfather. He still wasn't comfortable taking on a major child care role, but he was happy to assume the role of someone who could teach his grandchildren about their heritage and family traditions. Both he and Pritam were also able to locate and attend seniors’ programs in the community, where they could speak their mother tongue and meet with other seniors. While not the same interconnectedness they had known in their village, it still helped them feel less isolated.

Jarnail's story isn’t necessarily the rule—many immigrant seniors make new roles for themselves without turning to substances to cope. It is, however, still a story that is familiar to anyone who works with immigrant seniors.

Thankfully, there is an increased awareness in BC of the needs of an aging population, and more specifically, the unique needs of senior ethnocultural populations. Awareness is a good start, but more attention and resources are needed to help immigrant seniors, so their stories will turn out as well as Jarnail and Pritam's.

* Jarnail and Pritam are fictionalized characters

Gary currently works as a counsellor and manager at DIVERSEcity Community Resources Society. He is also a researcher with the Centre for the Prevention and Reduction of Violence at the Justice Institute, looking into effective intervention and prevention strategies for intimate partner violence in South Asian communities