Aligning Values and Notions of Self-Worth 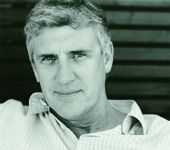 The year 1994 should have been a good one for me. I had a consistent daily time dedicated to my spiritual relationship with God. I had an enviable relationship with my wife and children. We lived in Kelowna. We were financially stable. I won a prestigious award in achieving a professional designation. Health issues were non-existent.

But somehow, that wasn’t enough. None of the great things happening in my life registered. I hated picking up the phone to contact potential clients—they might agree to an appointment; then what would I do? Finding solutions was impossible. Instead of eliminating options, every choice opened another huge tree of potential answers—spreading oak trees were dwarfed by comparison. Simple decisions were impossible. I couldn’t choose what socks to wear or an item from a restaurant menu. I spent over an hour driving around town because I couldn’t decide where to buy fertilizer for the lawn—and ended up going home without any.

I told my wife Dale she’d have to teach me how to have fun again. Somehow, I had forgotten. I experienced no joy or pleasure in anything. I was always tired, so tired it was challenging to not fall asleep when stopped at traffic lights. One day, as I was approaching an oncoming loaded gravel truck, the thought came that if I crossed the centre line I wouldn’t have to be so tired any more. Whoa! How could I do that to Dale and the kids? That’s not the legacy I wanted to leave. I needed help.

When my doctor heard me describe my situation, he commented, “You have just described the classic symptoms of clinical depression.” What a relief! If he could identify the underlying source of my doldrums, there was a good chance he could also help. I decided to trust him—in other words, whatever he told me to do, I would do it whether I wanted to or not. That included taking the medications he recommended, although I hate depending on drugs.

A couple weeks later, I noticed another problem. The minute I started to do something at work, I would notice something else to do and move to it, only to become attracted to something else. The saying “going around in circles” gained new meaning for me. I was literally walking in circles in my office. I went back to my doctor; he agreed some time away from work would be good for me. Who would have suspected that would be a whole year?

A year of discovery toward recovery

Throughout that year, treatments included transfer of care from my GP to a psychiatrist, prescribed medications (several different types and dosages to find something that worked), psychological counselling, outpatient group counselling, cognitive-behavioural therapy, psychiatric treatment, a regular exercise program, light therapy (in case seasonal affective disorder played a role), reading (Learned Optimism by Dr. Martin Seligman was most helpful), and allowing lots of time to reflect on and try out the new attitudes and behaviours I was learning. Whew! Until writing all this down, I never realized how busy I was that year.

I discovered that my depression had its roots in my youth. Different incidents gained new meaning. I had needed significant emotional support to finish high school, and I left university two months short of graduating, with no intention of returning (though with emotional support from my family I did graduate later on). I started a series of careers, blaming the job and moving on when the symptoms of fatigue and loss of enjoyment became unbearable.

Dale was convinced the root cause was my job. There was no doubt that I’d had minimal job satisfaction or productivity for the past while. However, after close evaluation of the functions of the job, I concluded that I liked the job I had. It had value—not just because it provided for my family, but because I was helping others. I liked that. I liked the things I actually had to do every day. It was not the job—it was me!

My psychologist suggested there might be a mismatch between my values and sources of self-worth. Focusing on what was most important to me and digging through the chaos of my emotions and attitudes, I came up with the following chart:

I was expecting number one self-worth from third- and fourth-rate values. I allowed myself no payback for my highest values.

Consciously recognizing what I really valued in life and reorienting my expectations of self-worth to match, has eliminated immeasurable stress from my life. It meant that I had to reallocate my time. I spent less time at work. I began to devote some time every day to my relationship with God. Dale and I began spending at least an hour each day together before the tyranny of urgency pulls us in different directions. All four of my kids were active athletes. I determined that I would not miss their activities because of work (fortunately, I could make that choice) and that we would handle whatever financial consequences resulted (believe me, that has been tested).

It hasn’t been easy, and I haven’t always held my ground. However, being aware of what’s really important to me and recognizing when I’m off-base has been a huge relief.

It’s not possible to control everything

I had always wanted to be just like my Dad, a military careerist—who, as I saw later, was afraid to leave a job he hated. I thought I was just like him until, through my year of discovery and recovery, I realized I have never been like him. No longer a perfectionist, I enjoy change, relishing the new opportunities it presents. One of the greatest compliments ever paid me came from a co-director of a volunteer board who said, “He looks like a grandfather, but thinks like a teenager.”

It has been over 17 years since I returned to work. The meds and behavioural changes have worked so far. I keep feeling stronger as I build experience at a quality of living I didn’t even know existed.

I have never tried to conceal my struggle with depression. Instead, it has been a privilege to openly share my journey with others who have similar challenges. Many times, I’ve been drawn to a private nook, furtively given a description of symptoms and asked what I think. My answer is always the same. I know my own experience, but everyone is different. If you have concerns, get professional help. Choose someone to trust and then do exactly what he or she tells you.* I suspect the results I’ve experienced are widely available if you allow yourself to relax and lean on others. Dream about who you want to become. Give yourself permission to change!

*Editor’s note: This approach worked for Harley. For others, this kind of complete compliance can only happen if you’re able to ask questions and express concerns of your health care provider so that you understand why you’re doing what you’ve been asked to do.

Harley lives in Kelowna. He believes the family is the foundation of society; his wife and four children come first. Harley coached his children in many sports, served on the board of his church, and has volunteered with the Financial Advisors Association of Canada for over 15 years