A Ship out of Harbour 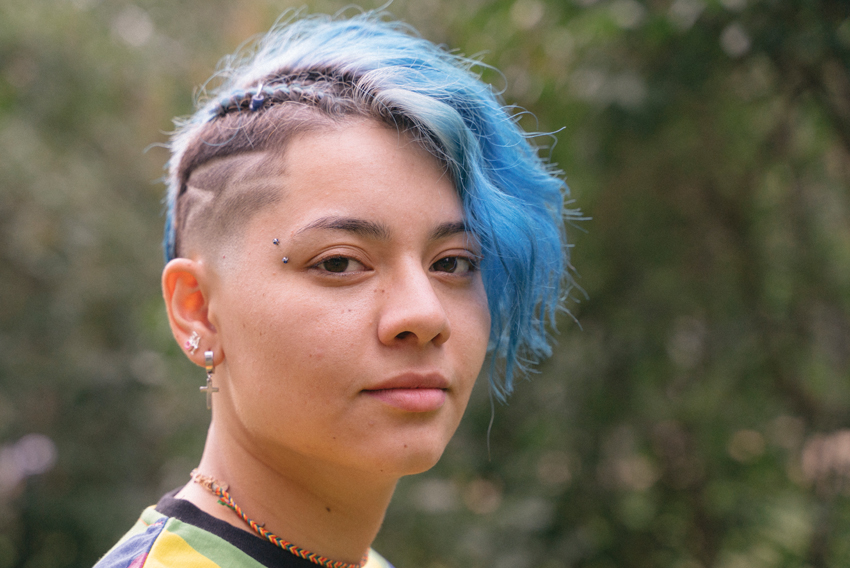 My whole life I’ve been lonely. I’ve hidden away from relationships, ashamed of who I was. I didn’t want to believe that I deserve to take up space. I eventually developed an eating disorder to cope with these feelings. The eating disorder was a friend whom I could turn to when I was alone; it told me I could be better if I changed my body.

The stronger it grew, the lonelier I became.

After many years of self-inflicted abuse, I began to seek treatment in the summer of 2019. I completed programs and groups, meals and snacks, and my body became healthier. I was medically stable, but my mind was still full of doubts and fears. Through a peer-to-peer forum, I had heard about a well-respected residential treatment facility. People were recovering fully through its program. I was put on the wait list; eventually it was my turn.

My first week in the program was incredible. Weekdays consisted of group therapy and learning skills to combat negative thoughts and tackle underlying issues. We each saw a program therapist individually as well. A visit to the dietician was also on the agenda, where I would be weighed and go over what I had eaten during the week as I followed the meal plan I’d been given.

On most days, residents cooked dinner for each other. I remember how frightened I was to cook for 10 people. However, I was assigned a partner, who guided me through portioning and preparing the food. I recall crying quite a bit during this period, wondering if I would ever be as strong as my fellow residents, especially the ones who were close to completing the program. It was a tough week, but I wouldn’t have traded it for anything. I was welcomed warmly, and I felt like I was finding my footing.

We were informed by staff on a Thursday evening that we might be evacuated. By Monday, my worst fears were realized. The residential program was closed, and I was home before noon.

We were told that the time we spent at home wouldn’t count towards our time in residential care. While we were away, the treatment house was repurposed as a place for clients of another program, one that was based in the hospital. I felt betrayed, as though we were being pushed aside for a program that was deemed more important.

Therapy continued over Zoom, for which I was immensely grateful. Dietetic support also continued, a simple 15-minute session done online with a dietician. Our weight was not tracked, although we still had to record our meals and snacks. I would often talk about the trouble I was having, trying to follow the meal plan that I had been given; without the constant emotional and mental support of staff and peers, I was finding it difficult.

There were no group sessions for the first few weeks after the pandemic began. I missed these dearly, but I thought they would continue when the full program restarted. So I waited—impatiently, I must admit.

But ultimately, what had been a full-time in-residence treatment program was reduced to its bare bones. I still “met” with my therapist and dietician once a week, but there were no teaching groups. There was support from the program in the form of a phone check every night, but I was no longer cooking dinners for multiple people, learning how to properly portion. I felt lost.

I was using disordered eating behaviours daily, including bingeing and purging. I was having frequent thoughts of food: how much I could eat, how little, and when I could get rid of it. I actively avoided my friends and family, as all they could talk about was how much weight they were gaining due to the pandemic. I questioned every bite I put in my mouth, worried that I was going to get heavier and heavier. Every minute was a struggle.

I wondered how others seemed to be living the life that I only dreamed of. People in self-isolation said there was much more time in the day. But for me, it seemed like there was less. I didn’t understand how anyone could be as perfect as they appeared online. My malnourished brain could not see that this image was a deception created by a world where the rich control the face of fashion and where carefully manipulated images on social media are portrayed as the “truth” rather than the constructed narratives they really are. It’s a world in which, if you aren’t perceived as beautiful or productive, you aren’t worthy, and being able to control audience perception is the key to success.

In a world that feeds on these crafted media images, my mental illness is fashionable. After all, restrictive intake is billed as the basis of a “successful” diet program. The dieting industry is worth over $65 billion dollars,1 and it doesn’t make money if you are healthy and well and satisfied with your appearance. It only makes money if you want to change how much you weigh or how you look. It’s not hard to see why I was struggling.

One of the rules of the residence program is that residents are not allowed to engage in symptomatic behaviours (such as bingeing and purging). Generally, if someone breaks this rule, they are given two warnings. The third offence means discharge from the program. But while I was home, there was no way for the program to monitor my actions or ensure that I was accountable. My eating disorder thrived in this environment, fuelled by the thought that I was, once again, alone.

However, around May, we received the news that our program was starting again.

he reformatted program would consist of meals and groups over Zoom. I was devastated. For me, it was mortifying having to watch myself eat, knowing others were watching me as well.  Hearing from the other members of the group helped me to understand that I was not the only one feeling this way.

This wasn’t what I had agreed to, nor what I needed. But even though my motivation wasn’t as strong as it once was, I just couldn’t give up. I had come this far; I wasn’t about to throw away what I had gained. I was with a group of people who were all in situations similar to mine. They were all still fighting, still making changes. I pushed through the feelings of abandonment and fear and worked hard to recover.

I knew I was making great strides and allowing myself to dig deeper than I ever had before. I was frequently learning new things about myself. Maybe I am worthy, and maybe I do deserve respect. My therapist compared me to the ugly duckling. If the ugly duckling believes they will always be an ugly duckling, they will stay the same, hopeless and alone. I had to believe that I was, and am, a swan.

Yet something was still missing. When I disconnected the virtual calls at the end of the day, I faced the silent black screen of my computer monitor—and the reflection of someone who needed more help than they were getting.

I decided to write a letter. I decided to address the letter to representatives in the health care networks and patient relations. I was inspired by another member of the group, someone who was vocal that the program was not sufficient. I realized that I could do more than watch my chances pass me by.

I wrote my letter, in an afternoon full of anger and outrage. I wrote about how the program had suffered, how I had suffered. I filled a page with respectful but firm criticism about the way things were being handled. I argued that eating disorders have the highest mortality rate of all mental illness2,3 and that I “refused to be swept aside because my care was not deemed an essential service.” By this time, bars, nail salons and parks were all re-opening; I wondered if my medical care would be deemed less important than the comfort of the general public.

I sent the letter. For four whole weeks, I waited.

I began to lose hope. My program’s initial duration—a period of 12 to 15 weeks—was nearly over.  By the beginning of July, I doubted we would receive the news that I so desperately wanted. Disappointment was becoming commonplace. I gave up thinking I would be moving back to the house again.

Behind the scenes, however, program leaders and staff had received my letter. They had heard my anger. They had listened to my words. Change was underway.

On a Monday morning, after a fitful sleep, I was told by program leaders that we would each receive an extension to our time, and that we would move into the house very soon. I was so relieved, I began to cry. I had gotten through it. I had stood up for myself, said that I needed more, and I had been heard.

The most important lesson I’ve taken from this is that my treatment does matter, that I matter, and that I have a voice. Assertiveness has never been one of my strong suits, but this experience has affirmed for me that I can be assertive when I need to be and when I believe in the value of what I am saying.

As we move forward through this pandemic, it’s important to remember that everyone deserves to be heard, and everyone deserves a chance to speak. We are all important, worthy of love and belonging.
Speaking up put me in a vulnerable position. But this vulnerability allowed me to become closer to the people I care about. I know now that I can disagree with others. I can have my own opinions. I can state them clearly and firmly. And while it’s still difficult, practising my assertiveness gives me a strong sense of myself and my place.

While the treatment program isn’t quite the same as it was, we have moved back into the house. Our support system is back in place. The groups are no longer entirely on Zoom. The clients are together—distanced six feet apart, but together. We have formed a strong bond, having gone through this journey as a group. And as I reach the end of my stay here, I am realizing something important: I’m not so lonely anymore.

Birdie is a 27-year-old non-binary individual currently living in Burnaby, BC. They’ve struggled with an eating disorder for nine years and have been through various treatment programs. Their favourite quote (by John Augustus Shedd, 1928) is “A ship in harbour is safe, but that is not what ships are built for”