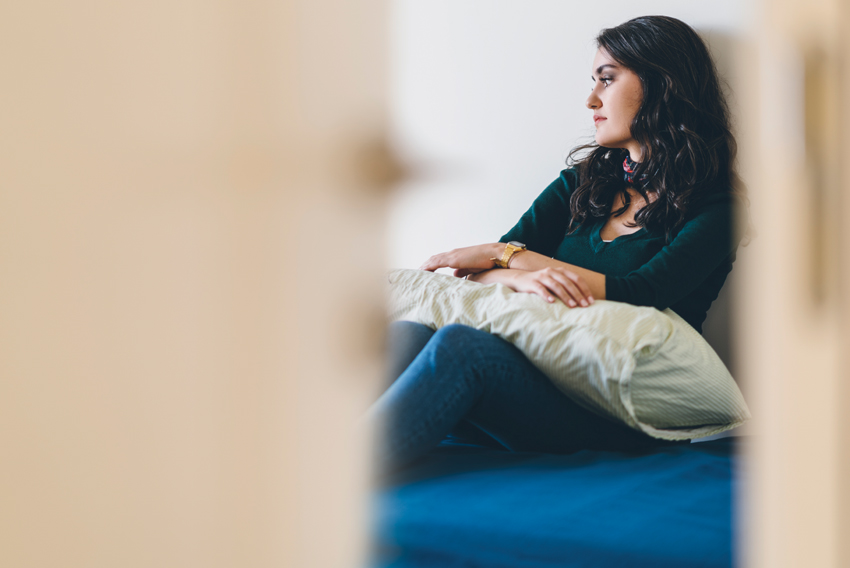 I am a young woman from Vancouver Island. Not long ago, I was a student who enjoyed making art and socializing, Now I find myself having to devote much of my time to health advocacy. My story with psychiatric treatment is often difficult to talk about. Nevertheless, I feel it is important to share what has happened to me so we can continue to improve mental health services.

When I was 17 my parents brought me to a psychiatrist to be evaluated for depression. I had struggled with low mood and brain fog for four years. I had tried counselling to resolve these problems, to no avail. After an evaluation the psychiatrist recommended I try an SSRI (selective serotonin reuptake inhibitor) antidepressant.

After the first few doses, I noticed improvements in mood and focus. Books were fun to read again and the future looked more promising. Everything just seemed brighter.

There was just one downside. At 17 I was in the process of discovering my sexuality and, despite my mental health difficulties, enjoying my first sexual experiences. Only a few days into taking an antidepressant, I noticed that my sexual feelings were suddenly diminished. My libido was reduced and orgasms didn’t feel as good. It was noticeable enough that I quickly made the connection between the antidepressant and the side effect.

At my next appointment I asked my psychiatrist about it. She confirmed that such side effects were common and would go away when I stopped the antidepressant. I was a little disconcerted that I had not been warned of this, but was comforted to hear it would not be permanent.

I remained on the same SSRI over the next few years at moderate dosages. The reduced sexual sensation still bothered me, but I felt that the benefits outweighed the side effect. They helped me make it through my first couple years of university. Plus, I was scared of the vague sense of malaise and worthlessness I remembered from my pre-antidepressant days.

Online culture on numerous sites popular among teenage girls fostered positivity towards psychiatric medication. “If you can’t make your own serotonin, store-bought is fine,” said a commonly-shared meme. I was young, and those messages had a big impact on me, particularly because I did feel better in some respects on the antidepressant. Taking my pill in the evenings became as normal as taking a vitamin supplement. More than half of my female friends had been on an antidepressant at one point or another—they weren’t a big deal, right?

Eventually, I realized the side effects were having a negative impact on my intimate relationships. I decided it was time to get off the SSRI. On the advice of a doctor, I tapered off. Over the next three weeks, however, nothing seemed to be improving. If anything, sensation seemed to be further reduced. Then, I woke up one morning to discover my life horribly changed.

There was a numb, cold sensation in my vulva. All sexual sensation had disappeared from my body. My clitoris was now no more than an inert and sensationless nub of flesh. I was unable to feel attraction, arousal or orgasm.

Horrified, I immediately made an appointment with my doctor, but he was mystified. Since first developing Post SSRI/SNRI Sexual Dysfunction (PSSD) I have since visited numerous GPs, as well as a psychiatrist, several cognitive therapists, a gynecologist and a naturopath. I am on a wait-list to see a neurologist. Though I have tried various dietary changes, exercise regimes and medications, nothing has changed my symptoms. Most of the medical professionals I have seen had not heard of PSSD—just one GP knew about it and, unfortunately, she wasn’t able to provide any solutions.

Looking into the condition myself brought me to information about PSSD. PSSD is a rare disorder not currently recognized by Health Canada as a medical condition, but that has gained more attention in Europe.1 It can last months, years or indefinitely. PSSD can set in during or after the use of an antidepressant. The absence of sexual feelings is the most common symptom, but this can be accompanied by dulled emotions, genital numbness, poor sleep and brain fog. I had absolutely no warning at any point about the possibility of developing PSSD.

Since my initial search for answers with medical professionals, more comprehensive diagnostic criteria2 have been published to aid physicians in diagnosing PSSD. Much work is still to be done in delivering this information to doctors, most of whom remain unaware that sexual effects of antidepressants can continue or worsen post-treatment.

It has been three years and I have experienced no improvements to this condition. The gut-wrenching grief of having my sexuality taken from me has not diminished in any way. PSSD has devastated my life. My sexuality was so deeply intertwined with my sense of self, well-being and, of course, relationships. I find it impossible to experience feelings of romantic love that were once so precious to me. Not only have a wide array of emotions been dulled in me, but the capacity for romantic love specifically seems to have been removed.

Over the past year I have created an online PSSD support group. Some people have seen improvement over time, but others have not. We are working together to advocate for awareness and research and offer each other emotional support.3 It can be heartening to speak to others suffering with the same disorder, but it can also be overwhelming to try to stay calm and positive in the face of so much personal suffering.

Antidepressants can be life-saving tools for some people with severe depression, but they are powerful drugs that come with real risks. The Canadian PSSD Society advocates for widespread awareness, better warnings at time of prescription and research into causes and potential treatments of PSSD. If you think you may be suffering from this condition, don’t stay silent.4

Emily is a medical activist focused on raising awareness among healthcare professionals and the public about Post SSRI/SNRI Sexual Dysfunction (PSSD). She founded the Canadian Post-SSRI Sexual Dysfunction Society (www.pssdcanada.ca) and PSSD International (www.pssd.info). Emily is currently helping investigate PSSD with researchers at Queens University and the University of Ottawa