The High Stakes of Housing Affordability 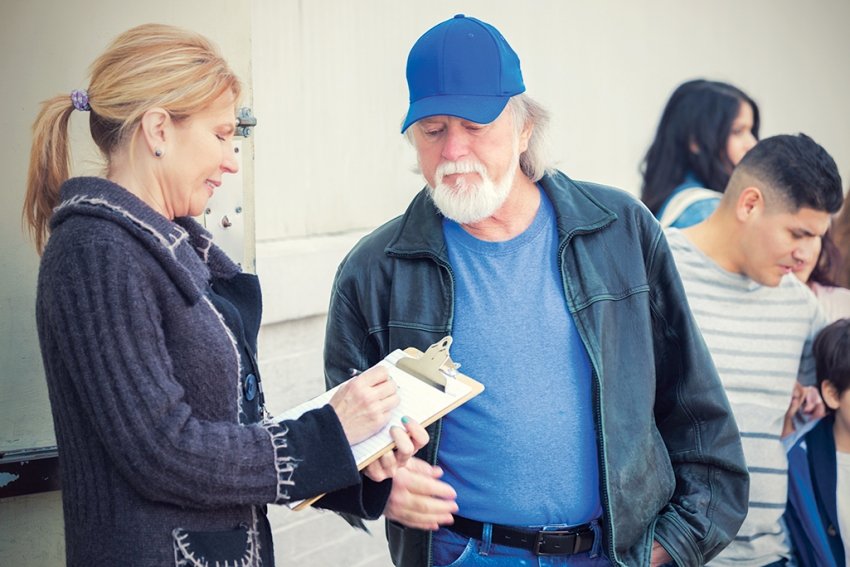 Last fall's municipal election coverage focused heavily on the issue of housing affordability in the Lower Mainland and the Fraser Valley. Many debates and panels floated possible solutions, with ideas ranging from working with various funders in order to build more below-market housing to forcibly relocating the homeless to vacant land without amenities in order to dismantle camps in public parks.

Now that the municipal election has come and gone, the issue of housing affordability is less heavily featured in the news, but off-screen the problem is no less pressing than before. As a front-line social services worker with almost 10 years of experience working in the mental health, substance use and housing fields, I have been impacted by the housing crisis professionally and personally. In fact, the issue of affordable housing has shaped my whole career path. I began working in the field of social services in 2009, first as a volunteer and then as a full-time employee. My work in mental health and addictions in residential settings took me to different agencies and across six different municipalities (Vancouver, Burnaby, New Westminster, Surrey, Langley and Abbotsford). In each municipality, there was a common problem: a lack of affordable housing.

You may wonder how geographically and culturally different places like New Westminster and Abbotsfordcan have such similar problems when it comes to housing. New Westminster is densely populated, land is expensive and the municipality has an established network of social services and a long history of press coverage and community discussions on homelessness and related social problems. Abbotsford is more sparsely populated and has cheaper land, and the city’s social services are less developed. Its homeless population, while increasing, is not as large as that of New Westminster. Yet despite differences in geography, political affiliations, tax base and funding opportunities, most municipalities in BC have underdeveloped affordable housing strategies, leaving many people either homeless or in precarious housing situations.

A decade ago, the housing-market crash scared off many developers from committing to building affordable housing. Granted, this was a continuation of a trend: since the 1970s, very little below-market housing has been built anywhere in BC, as it is not seen as a highprofit- generating endeavour. Now, potential developers find there is a lack of affordable land on which to build and few supportive communities to build in.

There is a reluctance on the part of homeowner neighbours to welcome affordable housing options in their neighbourhoods—the Not-In-My- Backyard phenomenon. There is also a lack of political will at the municipal, provincial and federal levels of government to stand up and fight for affordable housing. Our current dire situation is a direct result of our governments doing nothing to actively address the problem for such a long period of time.

One of the starkest illustrations of the damage caused by a long-term lack of affordable housing is the overdose crisis that has ravaged the Lower Mainland and the Fraser Valley in the past several years. While opioid use and overdose is on the rise even among those who are adequately housed,1 it is clear that poor urban planning affects substance use patterns.

For example, when those who struggle with substance use issues successfully complete a course of treatment and are eager to stay sober, often they have no choice but to return to the streets because of the lack of available temporary and permanent affordable housing.2 Living on the streets exposes people to unsafe drug use practices. Policies aimed at reducing the frequency of overdose have little impact if we do not also address the lack of affordable housing stock.

But while a lack of affordable housing undeniably affects the most vulnerable in our society, it also has an impact on our wider communities—including older adults and young families. As fewer and fewer can afford housing in urban centres, more people are forced into shelters or onto the streets, or must seek housing farther away from their work and school environments. This spreads our social services resources thin and places more pressure on our transit systems. Fewer resources and a longer commute mean less money and energy for building healthy community systems and less time at home, both of which have a negative impact on the physical and emotional well-being of our families and societies.

As a residential social services worker, I have worked in temporary shelters and transitional housing, treatment centres and, now, supportive housing. For many of my clients, the goal of finding and keeping housing is a constant source of stress. One client had to choose between going back to a shelter where her substance use had escalated in the past and returning to the home of an on-again, off-again boyfriend who essentially acted as her pimp. While I was looking online for accommodation for another client who had just completed a course of addiction treatment, I came across a housing advertisement that openly stated that anyone on social assistance should not bother applying.

More recently, one of my agency’s clients received an eviction notice and was told to vacate the home on a day when temperatures fell below -10˚ Celsius. The local emergency shelter had only 10 mats on the floor for those in need, which were booked on a first-come, first-serve basis, and these had all been spoken for since mid-morning.

I often feel helpless when a client asks me to assist them to find housing because I know full well that there is almost nothing available in their price range. Social services workers like me are stuck trying to find housing for clients along a transit route—a job analogous to finding a needle in a haystack. It can be overwhelming to find and keep housing in communities that are all too often hostile towards people on social assistance, people with disabilities and people who appear to be using substances (regardless of whether or not they actually are).

The fact that very little affordable housing has been established in the past decade means that the problem is not likely to be resolved anytime soon. Is it even possible to reverse this troubling trend?

The good news is that there have been some recent positive and promising developments. Some municipalities have committed to building new or upgrading existent transitional and permanent affordable housing. Provincial and federal governments have recently committed to homelessness reduction and affordable housing strategies and are writing legislation to address those issues.

Our role as social services providers and as ordinary citizens is to keep pushing for well-rounded, inclusive and progressive policy that makes affordable housing a top priority throughout BC. We can do this by keeping ourselves informed, making connections with our local MLAs and ensuring that our voices are heard— through elections, public hearings and direct action.

I am hoping that my next 10 years in the social services field will be much different from my first 10 years.

Nat is currently completing their master's degree in social work. Upon graduating, they plan to continue working in the mental health and substance use field. Their interests include LGBTQAI2S+* advocacy, mental wellness promotion, community building and affordable housing

Nat would like to thank Sandy Craig, Program Manager at Stepping Stone Community Services, for collaborating with them on this article and reviewing the draft

The letters and symbols in the abbreviation used by Nat stand for lesbian, gay, bisexual, transgender, queer and questioning, asexual and agender, intersex, two-spirit and other identities