Life on an Island Doesn’t Have to Mean Isolation

Building new models of care in the Salt Spring community 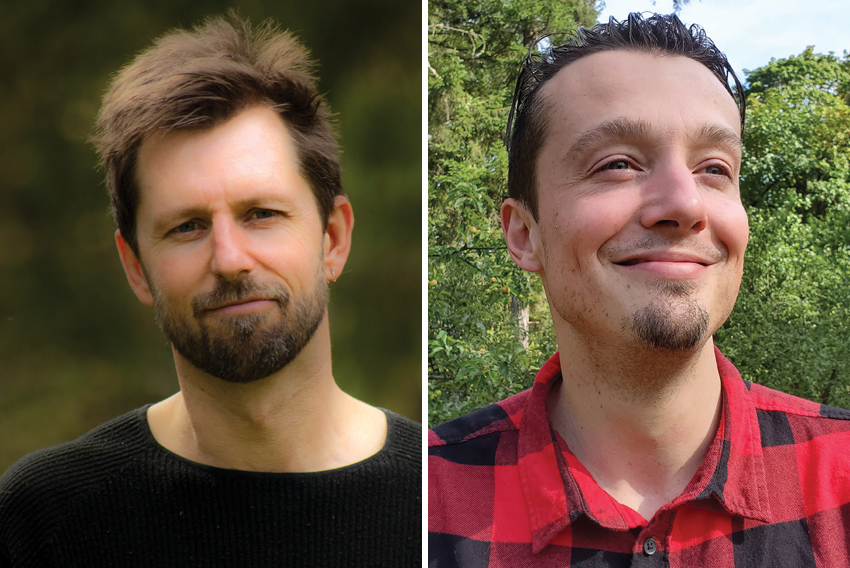 My trauma began at birth. I was born blue, unable to breathe. I have Asperger’s syndrome, which places me on the autism spectrum. I was a gifted child, doing deductive reasoning with fractions at the age of 3 and Grade 8 math at the age of 5. But I had poor physical coordination and was unable to understand child social dynamics.

I was also obsessive. I had numerous illnesses and was given antibiotics many times a year. I now understand how this devastated my gut microbiome and contributed to the issues that followed.

By 9, I had suffered significant violence at the hands of bullies, which made me fearful of people. Luckily, I am an autodidact, which means I learn primarily by teaching myself. The Age of the Internet is an ideal time for autodidacts. The bulk of my learning was done at home.

At 15, I experienced increasing anxiety. I began using substances to calm my feelings. I was prescribed Paxil to deal with anxiety, exhaustion and depression. One side-effect of the Paxil was hypomania. I interpreted this as an improvement, as it freed me from fear. But as my hypomania intensified, I received new diagnoses: bipolar 1 and borderline personality disorder, co-occurring with an addiction to cocaine and alcohol. Within two years I was having manic episodes. I was prescribed mood stabilizers and antipsychotics.

The next decade of my life was defined by my mental illness. During much of this period, I was living in Vancouver. Eventually, I realized I wasn’t able to cope well living in a city. I moved to Salt Spring Island to live with my parents, who had retired there a few years earlier.

Escaping the people and places that reinforced my bad habits helped—but only for six months. I then found new people with whom to share old habits and create new patterns that contributed to my mental illness.

My mental well-being was always shifting, and my emotional experience was intense. Cocaine and alcohol gave me the illusion of control. Compared with periods of crippling anxiety and depression, my manic episodes felt liberating. My drug use and impaired judgement created a destructive feedback loop. The mental lows following an episode of drug use would leave me with thoughts of suicide. I had to fight to re-establish equilibrium.

The resulting sense of shame and lack of self-worth was suffocating. My doctor told me it wasn’t my fault. I was a victim of an illness that runs in my family. This helped assuage my self-loathing. But nobody seriously discussed the possibility of healing; I was simply prescribed medication to alleviate symptoms. At the time, mental illness was largely viewed as a genetic disease acting through neurotransmitter pathways: a lifelong affliction. But I had a growing suspicion that a lifetime of prescription medications had worsened my health rather than improved it. I also began to suspect that healing was in fact possible.

My obsessive, autodidactic brain kicked into gear. While researching the term “neuroplasticity,” I found a book by Norman Doidge: The Brain That Changes Itself.1 Doidge discusses the brain’s capacity to heal through rewiring itself after traumatic brain injuries. People who have suffered traumatic brain injuries and lose speech and motor functions can create new neural maps to regain lost function. I felt sure that if a person with a brain injury can relearn how to speak and move, then my brain could heal from its mental illnesses.

Many of the ideas I pursued—such as the principles of orthomolecular psychiatry (the use of high-dose vitamins to address mental illness) or eating a raw food diet—seemed to help temporarily. My doctor figured these ideas were placebos, valuable only in that they increased my feeling of personal agency. I know now he was right—but placebos can be powerful medicine. I was building an internal locus of control, foundational for mental wellness. I forgave myself for my afflictions, which were not my fault, while stepping into the driver’s seat of my recovery, which was my responsibility.

Understanding the distinction between fault and responsibility saved my life. I felt I was painted into a corner, and I identified the few good choices I could make. But those choices opened up new possibilities. A small change in initial trajectory can result in a vastly different destination over time.

I also found health practices that were game-changing for my mental and physical health. These include the Wim Hof method of breathing and cold training, periodic fasting, a ketogenic diet, yoga and—perhaps most personally important for me—the responsible use of psychedelics, the single most powerful tool I have found for healing trauma and rewiring the brain.

Today, my mood no longer cycles unpredictably. I no longer have a personality disorder. I don’t abuse drugs or alcohol. I haven’t taken psychiatric medication in years, and I now realize how medication had a negative impact on my well-being.* I continue to address the underlying causes of my mental health issues, the interaction of my trauma and biology—going into my own darkness while bringing my light. The greatest gift I ever gave myself was allowing my story to be one of redemption.

William’s story is not an uncommon one; Salt Spring Island presents many of the same challenges to mental well-being that we see in larger urban centres.

Salt Spring has a population of roughly 11,000 residents, with an influx of visitors during the warmer months. We have a high per capita rate of homeless residents compared with the rest of BC2,3 and, from my experience, a correspondingly high number of mental health and substance use issues. Poverty and domestic and sexualized violence rates are also comparable.4

Because the island lacks a cohesive vision for a healthy and well community, Salt Spring’s efforts to provide adequate service and care are ad hoc. Over the years, needs have increased within an already challenged care system. Individuals and organizations have not felt able to stop what they are doing to take stock, connect with each other and with clients, identify what is needed, and then together enter into the learning required to provide service more effectively.

The challenges have become more apparent in the context of COVID-19,  which has meant additional tasks to ensure health safety directives and additional coordination among providers (for example, to ensure COVID-19 testing for the insecurely housed and client access to showers and food). It has also highlighted disparities in the community—in terms of poverty, access to technology, domestic violence and racism, among other things.

The stewardship committee, composed of decision makers, clients and providers from the community, will lead the planning of a survey to clarify needs and issues, design the two-day symposium and work towards a mental health framework for the Salt Spring community. The symposium will bring a larger group together to discuss what is being done well and what could be improved or enhanced.

Better service for those in need and better support for providers is key. Stewardship will be integral in the next phases of this initiative. The participation of those with lived experience means a reality check is in place. Community mental health and well-being means ensuring all voices are heard.

*Editor’s note: As in all issues of Visions, William’s story is not meant to replace professional advice. You should never stop taking medications, for example, without first talking to your doctor. Also, talk to your doctor and pharmacist before trying new treatments to make sure there are no interactions.

David is Co-Chair of the Salt Spring Health Advancement Network (SSHAN), father of two, a registered clinical counsellor and an emergency mental health clinician. He has been a member of the Salt Spring community since 1989. He is grateful to live on the traditional and unceded territory of the Hul’q’umi’num’ and SENĆOŦEN-speaking Coast Salish peoples

William is a resident of Salt Spring and enjoys practising “biohacking” (experimentation on the body with the hope of reaping physical and cognitive benefits). A board member of the Chu’an Society, a community arts organization, and part of the SSHAN Mental Health Initiative, William also works for hip-hop company King of the Dot Entertainment