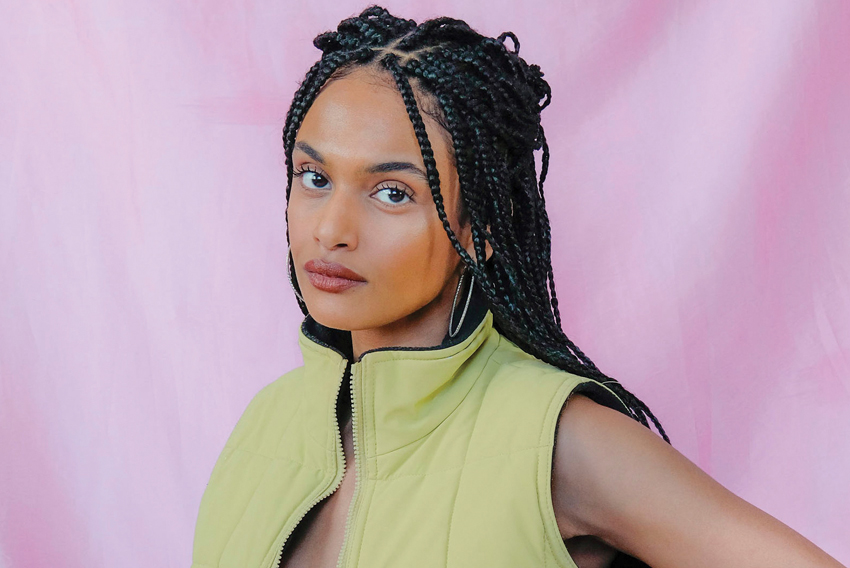 When images of the deaths of Black folks at the hands of law enforcement go viral on social media, Black suffering becomes the subject of endless memes—despite the fact that the viral circulation of these images was meant to call for justice.

Recent events in the United States, reported in the news and shared across social media, have shone a spotlight—yet again—on racial inequities inherent in American social and political structures and on the systemic racism that shapes how American society functions and how Black folks in American society are treated. Each time a video that exposes racial violence is shared on social media, it reopens a centuries-old wound that is unable to heal.

After each violent death is exposed, Black folks all over the world are forced to relive the same trauma over and over again. And while the awareness and support for the Black Lives Matter movement have gained momentum in the past year, this has come at the expense of the murders of George Floyd, Breonna Taylor and Ahmaud Arbery, among others. Demonstrations held across the globe have sparked a racial reckoning, as people everywhere denounce police brutality and fight to dismantle systemic racism. But the constant, never-ending struggle for recognition and equity—in every area, from our political systems to our health care systems—takes a toll on the mental health of Black folks.

Many people in Canada are quick to deny the existence of systemic racism in this country. By pointing fingers at America as a prime example of a country challenged by racial violence, Canadian policy-makers have been able to avoid acknowledging the history and experiences that have made systematic racism not only possible in Canada but a key founding principle of many of our social and political systems. The familiar tongue-in-cheek “Meanwhile, in Canada” quip is inappropriate. In Canada, just as in the US, anti-Black racism and systemic discrimination are deeply rooted in history, culture and politics, with very real and painful current-day implications.

The mental health toll of being “invisible”

The history of Black slavery in Canada has been greatly disregarded, partly because Canada played a smaller role in the trans-Atlantic slave trade than other regions did; consequently, Canada’s participation has been overshadowed by the gruesome forms of slavery experienced in the rest of the continent.1

In Policing Black Lives, Canadian writer and academic Robyn Maynard chronicles the history of anti-Blackness in Canada through slavery to segregation, pointing out that slavery was practised in Canada for more than two centuries. This history and the reality of hostility towards Black populations in Canada are not part of most Canadian school and university curricula: “Slavery in Canada is a topic that remains under-taught and under-researched.” Maynard goes even farther, however, in drawing the links between historical slavery, our lack of education on the subject and our current-day situation: “It is the practice of slavery that set the stage for the subsequent centuries of dehumanization of Black life across Canada. Social amnesia about slavery… makes it impossible to understand anti-Black policing in the current epoch.”2

It is far easier to engage in mythmaking than to acknowledge the painful reality of the land theft, genocide and oppression of Indigenous peoples on which this country has been and continues to be built. This collective silence makes things all the more isolating for the Black community in Canada: historian Afua Cooper claims it contributes to the “erasure of Blackness.”3, 4

Anti-Black racism is insidious; the prolonged experience of anti-Black racism gradually permeates an individual’s well-being—in some cases, to the point of detrimental effect. Research shows that witnessing or being the target of anti-Black racism throughout our lifespan can have adverse effects on both our mental health and physical well-being. Black Canadians often deal with scrutiny on a daily basis in the workplace, schools and public places. This triggers distress, which results in the need to practise extra vigilance in order to safeguard the individual’s well-being.5

The effects of being under frequent scrutiny and remaining vigilant can add to Black folks’ existing mental health issues, such as depression and anxiety, and can exacerbate the risk of other illnesses that Black communities already face, such as hypertension, stroke and heart disease.5 Black folks are continually witnessing people who look like them being brutalized, humiliated and turned into a spectacle. Seeing your kin being lynched—metaphorically and literally—in real time acts as a painful reminder of how disposable Black lives are.6

The toll that the race war is having on the mental health and well-being of Black folks erodes our stability and sense of safety. Black folks are drained mentally, emotionally, physically and spiritually. On top of that, to witness the Black Lives Matter movement being appropriated and co-opted by corporations for social capital and financial gain causes racial trauma.

Although Vancouver today is a diverse and multicultural metropolis, there is a long history of anti-Black racism in the city, where anti-Black racism is often covert. The city has consistently failed to properly recognize its role in the erasure of Black community and Black culture. Consider the history of Hogan’s Alley, the Strathcona neighbourhood that was once the hub for the vibrant Black community in Vancouver. According to the Vancouver Heritage Foundation, the Black population endured efforts by the city to rezone Strathcona by making it difficult to obtain mortgages for home improvements. One strategy the city used was to depict Hogan’s Alley as a centre of squalor, immorality and crime. Then, in early 1967, the city began levelling the western half of Hogan’s Alley to construct a freeway through Hogan’s Alley and Chinatown.7

Writer and activist Wayde Compton claims that the dismantling of Hogan’s Alley is a lesson in displacement: “putting a highway right on top of this small Black community” was an example of “institutional racism, targeting the community that they [the city] thought could least oppose them.”8 Once the freeway was constructed, the Black community was displaced. When a community is denied a venue to come together, then other emblems of culture—food, faith, music, language, shared history—are also denied and erased.

The history of Hogan’s Alley is an example of the systemic silence that (ironically) amplifies the notion that the Black community does not belong to the historical British Columbia landscape. We have been conditioned to see more potential for community connection and resources in cities where Blackness is more prevalent and normalized, such as Toronto and Montreal. According to Statistics Canada, only 3.5% of Canadians identify as Black, with the majority of the population in Ontario. Meanwhile, in British Columbia, Canadians who identify as Black make up only 1% of the provincial population.9

There is a false narrative that Black people have no interest in attending therapy because of the stigma behind mental health in the community. In my experience, race and racism affect Black folks’ susceptibility to mental health challenges and their reluctance to seek mental health care.

Black folks are often portrayed as “strong.” However, this expectation of strength harms Black folks and often prevents us from seeking support. For example, the trope of the “strong Black woman” implies that Black women do not need systemic change because they are strong enough to cope with trauma. Within this environment, emotional pain has become so normalized that Black folks are labelled as weak when they are vulnerable or negatively impacted by their traumas.

The lack of discussion about the mental health and well-being of Black folks contributes to the scarcity of socially responsive mental health resources. Research shows that Black folks seeking therapy are more likely to continue therapy beyond the first few sessions when seeing a Black therapist.10

Most of the therapists in Vancouver are non-Black; it can be alienating and unhealthy for Black communities to seek solace and support with non-Black therapists. In order to make comprehensive psychiatric care available in public and community mental health facilities, white therapists must begin to understand the influence of race, socioeconomic status and culture on the therapeutic process. Conversations about mental health and wellness in Vancouver are often Eurocentric, and Eurocentric ways of knowing are widespread throughout the Western mental health system. To sustain Black lives and support the mental well-being of Black folks, we need to focus on collective healing and Black cultural ways of knowing.

As the other guest editors in this issue of Visions have also pointed out, healing from the trauma of systemic racism demands that we identify the barriers that Black, Indigenous and People of Colour face in accessing culturally sensitive resources and adequate health care in our communities—including racism, sexism, ableism, classism and heterosexism. In order to create sustainable change, we must hold health care organizations and systems accountable for their systemic racism and insist on reform.

True wellness in the Black community will be achieved only through the creation of safety networks for Black folks struggling with mental health issues, and the fostering of collective healing.

Betty is an artist, producer and community organizer. She is the founder and Director of the Vancouver Black Therapy & Advocacy Foundation, an initiative that connects Black Vancouver residents with mental health resources. She has also worked in the Downtown Eastside as a frontline worker in harm reduction. Betty is the co-founder of NuZi, a music collective providing a platform for Black women, queer women of colour and trans folks within the Vancouver music scene