Ending Systemic Racism and Building a System of Justice 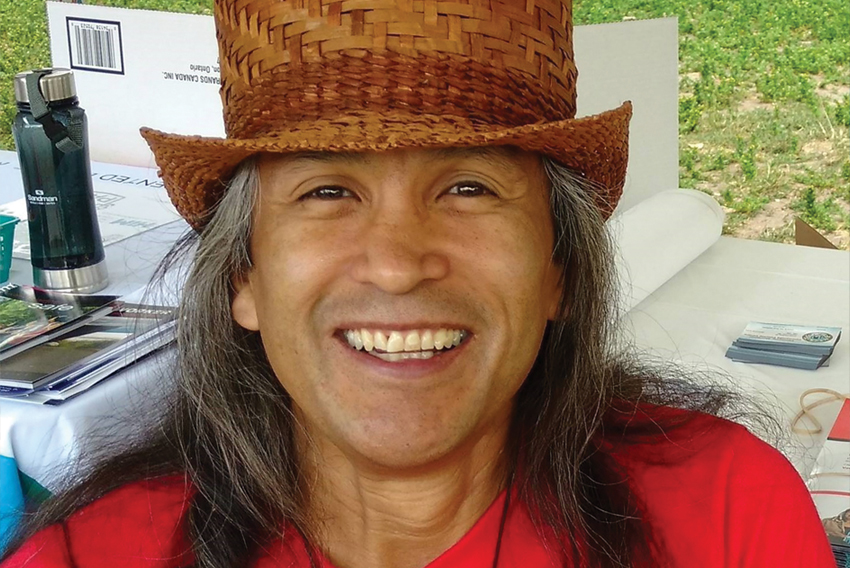 Across the country and around the world, people are debating whether systemic racism exists in our nations and communities and institutions. And then each side of the argument tries to prove themselves right and the other side wrong. What a waste of time! All that time and effort defending positions and making personal attacks when everyone already agrees the system is far from perfect and needs improvement.

Our work at the Vancouver Aboriginal Community Policing Centre (VACPC) involves helping urban Indigenous Peoples deal with the many difficulties they face in the city, including poverty, housing insecurity, culture shock, discrimination, violence, alcohol, drugs and mental health challenges like stress, loneliness, grief and anxiety. It might surprise you to learn that there are more than 50,000 Indigenous Peoples living in Metro Vancouver, and hardly any of them are actually from here. Most of them are a long, long way from their home territories. But they are a different kind of settler on these lands.

The dangers in the city for urban Indigenous Peoples are growing more and more acute and life-threatening every day, with more homelessness, a poisoned drug supply, a deadly pandemic and a colonial system of imposed written laws that was never intended or designed to prevent or heal the harms that Indigenous Peoples endure. The more we learn about colonization, the more we know that these injustices are rooted in the intergenerational trauma suffered by Indigenous Peoples throughout colonial history and continuing uninterrupted into present-day laws and policies.

We know clearly that the system is biased against Indigenous Peoples because the colonial system (on which our contemporary system is based) is designed to advance and complete colonization, not provide justice to Indigenous Peoples or heal the generations of harm due to colonization. But the colonial systems are so pervasive and have been in place for so long that much of the general population views them as having always been this way, or as being the best end result of some evolutionary process. At its heart, colonization is a process of controlling power: where a very few people control what is acceptable for the rest of us. Maintaining the status quo protects the few people in power, not the individuals who make up the broader community.

But Indigenous Peoples are aware that there are better solutions and systems. After all, it was barely 200 years ago when settlers began arriving here, which is a relatively short time in Indigenous Peoples’ history. We know that our Indigenous systems reflected a worldview that understood and prevented the harms caused by a colonial worldview. We can clearly see the imbalances entrenched in colonized systems. Racism is just one of the results of this imbalance.

Indigenous systems understood and maintained the balance among genders and different peoples—even between humans and everything else. Indigenous systems were not perfect (both war and captives are documented), but they worked pretty well for at least 15,000 years, as archeological evidence has proven our continuous occupancy. Certainly, they avoided many of the messes that colonized society has created, like threatened wild salmon stocks, loss of old growth forests and climate change.

Today is the perfect opportunity to decolonize, to re-evaluate the flawed foundation principles that underpin colonial expansion and contrast them with the principles of balance and connection that typify Indigenous systems. The current multiple threats to society—like the COVID-19 pandemic, the opioid emergency and widespread use of other substances, poverty, homelessness, wealth imbalance, racialized violence, sexism, systemic racism, environmental damage and climate change—are revealing the flaws and imbalances in the colonial system. The current system is long overdue for a complete rebuild—or even replacement. Here is why.

The people who wrote the laws and social rules on which the current system is based were not a very diverse group. They were almost exclusively old white men, and they wrote the laws and established social rules based on their own limited experience and perspective—the perspective of the white male colonizer. This has been a common process of law-making since humans first began writing down laws. And it has been the most effective—almost perfect—tool of colonization and controlling power ever invented.

After all, the best way to commit an injustice is to make it legal first. Write a law that justifies the injustice you wish to commit! In fact, write a law that makes not committing the injustice illegal. Then you will be in violation of the law if you don’t commit injustice. This sort of thinking enabled the colonizers to turn women, children and people of other races into property—to turn the whole world into property. And the people who write the laws and control the enforcement of those laws are the people who own the property. Anyone who objects or resists the laws is labelled a criminal, a threat to the “rule of law.” This legal system is still in place; all the new laws are built on the foundation of the old laws and the old system.

This system is a system of power, not a system of justice. It was never actually intended or designed to provide or deliver justice to women, children, people of other races, Indigenous Peoples, animals, rivers or the earth. The system’s first priority is to protect the power and property rights of the people who write the laws.

Now, I have to admit, if I had the opportunity and privilege to write the laws myself, they would likely benefit me and my interests and the interests of my own family and community. A certain amount of that seems to be human nature. I will also say that Indigenous systems did not include written laws and perhaps avoided many of the systemic problems resulting from the colonized worldview in part because laws weren’t written down. The oral tradition meant that everyone needed to know and understand the skills and responsibilities to be a good human being. Any dispute required a conversation to resolve it—no reference to some law written in some distant land or ancient times or other languages. The oral tradition relied on relationship and responsibility and relevance to the present situation. Written laws become archaic and stagnant while oral laws adapt and adjust.

So the beauty and freedom of looking at systemic racism is that it provides an opportunity to find and root out many of the other injustices built into all the systems in our lives. Systemic racism is the broken window that will allow everyone to get into the basement and start rooting out all the cracks in the foundation of all the colonized systems.

The VACPC continues to assist Indigenous Peoples to overcome the injustices inherent in the colonial systems with projects focused on action around MMIWG (Missing and Murdered Indigenous Women and Girls), overdose prevention, homelessness, street youth, sex worker safety and more. We are also educating more and more people about the inherent wisdom in the ancient ways that ensured our survival for thousands of years. The traditional ways are the greatest source of strength and healing for Indigenous Peoples and we know that if we can survive colonization, then we can also heal it. If you want to learn more, or learn how to help, then please contact us by phone at 604-678-3790 or by email at info@vacpc.org, or visit us at vacpc.org, and we can share more information and put you in contact with other agencies doing similar work. .

Norm has been the Executive Director for the Vancouver Aboriginal Community Policing Centre since May 2016. He has worked his entire life on issues that affect Indigenous people directly, as an Indigenous chief, manager, facilitator, executive director, board member, president, teacher, student, father, son, grandfather, brother, cousin, colleague and friend