Random Journey in the Life of an Indigenous Former Foster Child 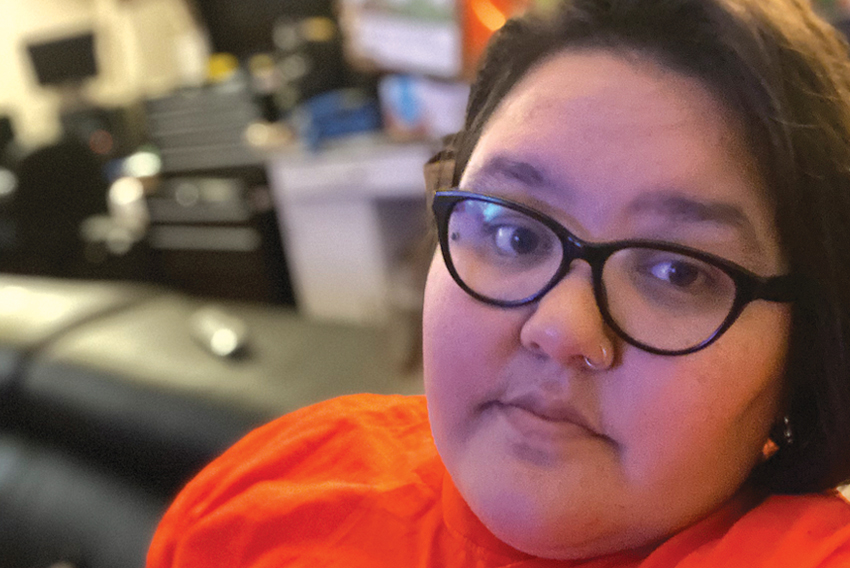 I am a status Cree and Métis (and Heinz-57) woman. I grew up in the small town of Quesnel, BC. I think it is a little funny that I was asked by Visions to write a piece about my experience with racism at around the same time that many Canadians celebrate Thanksgiving, a holiday that likely originates in the 17th century and really marks the beginning of the cultural genocide of the First Peoples to populate North America.

Over several centuries, the Canadian government tried to abolish the history, culture, language and practices of the First Peoples of this land. I am a generational survivor of this series of state-sponsored genocidal events. This article is just a glimpse into the world I have experienced.

I grew up in a home that was fractured a couple of generations before I even entered the world. My maternal grandfather was taken to residential school at the age of three. My maternal grandmother grew up in a home environment that did not provide her with the love and support that she needed in order to be able to provide the same for my mother and aunt in a stable and happy home.

My grandparents and my great-grandparents grew up in a time when acknowledging any sort of First Nations heritage in your background made you somehow less than human. This did not make it easy for my ancestors to know how to take care of their own children. There was a lot of hurt, anger and, I believe, unintended abuse passed on to my mother from her mother due to alcohol addiction and other mental health challenges. My mother’s father was largely absent from her life; when he was present, the damage caused to him by his experiences in the residential school affected her as well. I believe that intergenerational trauma experienced by both sides of my mother’s family was passed down to her generation. These things had a big impact on the mental health and sub-par upbringing that my mother had.

As a child and as a young woman, my mother experienced a lot of trauma. I forgive her for the way that she has raised us—it’s pretty hard to keep things stable and healthy for your children when you are broken yourself. I know my mother’s choices regarding my sisters and me were always made out of love. She strived to give us a better upbringing than she had herself; she told me that on more than one occasion. I am grateful for the experiences I had with her, both bad and good, even when they were very hard and damaging to the soul. My life without those experiences would be very different, but I would not be the strong woman I am today.

My mother’s choices had a huge impact on me; my brain had to start processing things at an earlier age. Her choices helped me understand and interpret the world and engage my critical thinking—sooner, perhaps, than many children have to. Her choices were mostly influenced by her trauma response and her intense emotions, which unfortunately were passed on to all three of her daughters.

What I am trying to get at is that if I hadn’t grown up the way I did, I would not have been able to carve out the life path I chose for myself. My love of books, my intelligence and the independence I learned from my mother as I was growing up gave me the power to learn for myself what right and wrong was and it gave me the power to speak up and ask for what was best for me.

I was first in a care-like situation when I was about three months old. My mother had given me to my aunt and uncle to raise while she was figuring out some of her own life stuff. My earliest memory of going into government care was when I was five years old, and my sisters were two and three. My sisters and I were all in and out of government care multiple times. Once, we were separated because of one foster parent’s inability to deal with my youngest sister’s anger issues. That was quite devastating to my sisters and me: all we had was each other, and I had taken on a kind of parenting role with them.

One day, while I was out with a child and youth care worker, I saw my mother out in the community and accidentally told her what had happened. My mother immediately burst into hysterics and I just remember feeling awful that I had hurt her; I felt like everything was my fault. I believe a lot of my anxiety comes from those years of being placed into care and not knowing what was happening, feeling like everything was always my fault. At the age of 11, I asked to be granted a continuing custody order so that I could live full-time with my aunt instead of continuing the cycle of going in and out of government care. My mother respected my decision.

I was given an opportunity to attend a youth camp specifically dedicated to improving the lives of youth in and from care across BC. Through this camp, run by the Federation of BC Youth in Care Networks, I first learned about advocacy and activism, which nurtured my growing passion for making changes in the lives of children and youth who have experienced care or have grown up in traumatic home environments. Not only did I develop friendships with people who had experienced similar childhood challenges but the organization also showed me the power of the voice that young people bring to the table and how our actions could directly impact the future for other young people who grew up in care. It was those experiences—learning the stories of others and getting involved in activism and advocacy—that led me to believe a bit more in my own abilities. I graduated from high school and eventually went on to get my degree in social work.

Throughout elementary and secondary school, I faced racism—from teachers, students, principals and others. For example, I had a heated argument with a boy in high school who stated that all Native people were welfare bums and couldn’t graduate high school, and that all their women were having babies and growing up on welfare. I also remember playing with a friend when I was in about Grade 1, and both she and I being called into the principal’s office. One of the staff had noticed that I had eczema. But the staff member assumed it was scabies—and also assumed that I had given scabies to the other child.

I remember being constantly taken out of class in both elementary and secondary school in order to participate in “Aboriginal Activities.” But there was no thought given to the fact that separating Indigenous children from their classmates singles them out and also affects their education. Incorporating Indigenous activities and teachings in class would have been a more useful and inclusive way to have everyone learn together. In college and university, although my experiences of racism did not end, I did learn a lot more about the real history of First Nations peoples in the land we call Canada—history that was mostly glossed over during my elementary- and secondary-school years.

As I got into social work, my eyes were further opened—to the government practices and systems than sustain the cycles of oppression and racism that Indigenous peoples continue to face. I remember countless times when I felt like the token “Indian,” whose opinion was asked for solely because I’d been born with Indigenous heritage. I remember having a frank discussion with a leadership development organization that I was applying to join and learning that I had been chosen for the opportunity expressly because I was Indigenous, and the organization needed to meet its “representation” quota—I was a box they could tick off.

I know that I grew up on the wrong side of statistics: I am Indigenous, I am female, I was raised in the care system. Growing up in an unstable family life, without access to my Indigenous culture until I became an adult, left me with an extreme lack of self-esteem. Despite this, I have started to learn more about my culture and my heritage, and I am seeking support to help heal the trauma and baggage that comes with the “Jessy package.”

Now, as a program coordinator with the Federation of BC Youth in Care, I try to be an example for the young people I work with, by being a support and letting them know that yes, life is hard—even pretty f**ked up at times—but you can still make something of yourself even if you don’t always believe it’s true.

The system has made lots of positive changes to improve lives of children and youth while they are in care, but we are still struggling to implement other changes. Unfortunately, the number of Indigenous youth in care continues to rise. For those youth, the rates for high school graduation are still low. The rates for teen pregnancy and the rates for apprehension of Indigenous children (taking Indigenous children from their families and putting them in care) are still high. Much work has been done to try to remedy these situations and connect youth with their culture, but it is still not enough.

So, when I’m asked for advice and support, I say, if the odds are stacked against you, just bulldoze right on through. It also helps to have some people who love you and who you trust (like my Federation family, my husband and a handful of bio family members who genuinely care about my well-being)—who will be there to help you rebuild your sense of self—after you bulldoze through the negative statistics, expectations and stereotypes that were holding you back in the first place.

If you know of any youth who have experienced being in government care or using government services, the Federation of BC Youth in Care Networks is an amazing organization to connect them with. It has given me and countless others a sense of chosen family. It has also connected me with like-minded individuals who helped me to no longer feel alone in the world.

Thank you for reading about a little slice of me.

Jessy is a Cree and Métis (and Heinz-57) woman who grew up in BC’s Cariboo region. She is a program coordinator with the Federation of BC Youth in Care. She is completing her master’s degree in social work. A former youth in care herself, Jessy and her husband are currently taking care of her young nephew