With the New Cannabis Laws, Is Everyone Now an “Addict”? 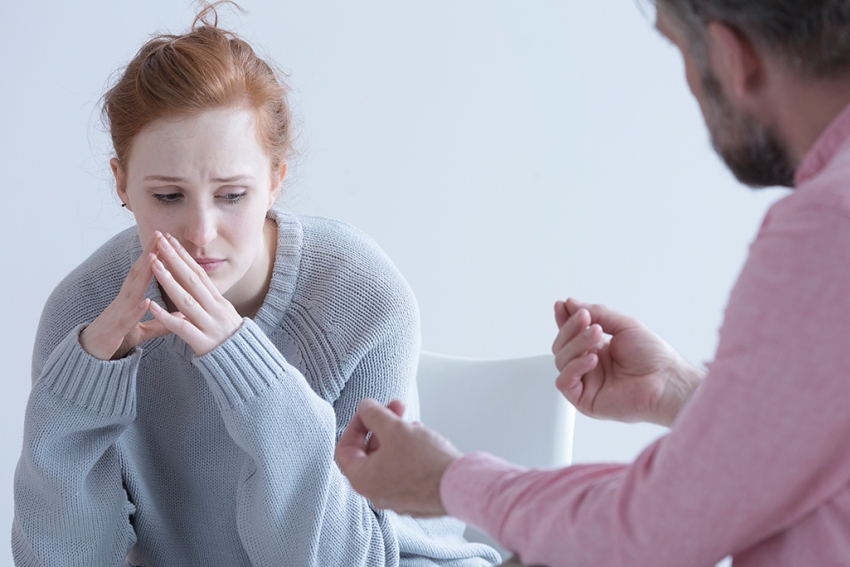 The language of mental illness and addiction can be almost as maddening and stigmatizing as the mental illness itself. I should know: I’ve struggled with mental illness for most of my life and I’ve been diagnosed with conditions with complex names that no one ever bothered to explain to me. And like many people, I’ve used cannabis before. I would never consider myself an addict, but I’ve been called everything from a “stoner” to an “addict” to a “liar.” Since when does using any kind of substance, legal or illegal, automatically make you a liar? It beats me, but the terms “addict” and “liar” often get lumped together by people who stigmatize substance use.

With the legalization of cannabis on the horizon, it’s time to think critically about the language we use when we talk about substance use and substance users. Arguably, whatever language we use ends up oversimplifying human experience. That’s why the words we choose are so important, and that’s why we have to think very carefully before we label people.

Labels stick. Once you have been labelled a “stoner” or an “addict,” it doesn’t seem to matter what you do or how you live your life: it’s almost impossible to change how people see you. But even more importantly, labels diminish people and their experiences. And if we diminish others, we end up diminishing our community and ourselves.

When I was growing up, I was generally against using substances. Although I drank alcohol occasionally, I was very aware of the dangers of substance overuse and I feared what would happen if I opened those floodgates and let myself try something that might be dangerous. Would I fall into the substance-use trap? Would I use it as an escape? As a way to cope? How far down that rabbit hole would I go?

Soon after I started college, I was diagnosed with major depressive disorder and complex post-traumatic stress disorder (C-PTSD). Nobody ever explained to me what that meant. I understood the feeling of depression, and I knew I had flashbacks and nightmares. But no one ever defined the terms of diagnosis for me. No one discussed with me how my brain worked. I was prescribed antidepressants and antipsychotics. My psychiatrist was very forceful and insisted that I trust him. When I brought up my concerns about the side effects I was experiencing, my concerns were dismissed. I was told, “You should stay on medication” or “They don’t work right away; you have to wait awhile.” Even after multiple appointments and multiple new side effects, my concerns were ignored. I was simply prescribed more medications, one on top of another.

I was also not sure whether I should be treating the C-PTSD first or the depression. In the beginning, I focused on the depression, thinking that was the key, but with medication, my symptoms didn’t get better. If anything, they got worse. I was still not sleeping well. I developed anxiety and irritable bowel symptoms. I had panic attacks for the first time in my life.

I tried therapy, but after a few sessions, the therapist told me that clearly I wasn’t getting better because I didn’t want to get better. I was shocked. I didn’t know what to say. Wasn’t it obvious that I was in therapy because I wanted to get better? But she ended our sessions and said she couldn’t help me anymore.

I became desperate. I tried more medications, other types of therapy, different therapists. I tried naturopathic methods. I tried supplements. I allowed myself to drink more alcohol. Nothing helped.

I wanted to be able to work, to do my job like everyone else. But I’d go to work and stare at the screen while the prescription medications made my brain feel like it was on fire. I wouldn’t sleep for days, and then when I finally did fall asleep, I would sleep through my morning alarm and be late for work. I couldn’t focus or even think straight, and I couldn’t meet deadlines, but the consistent refrain from my doctors was, “Stay on the medication.”

At work, I was repeatedly challenged by colleagues who thought I was lazy: “Why can’t you sit still?” “Why can’t you get to work on time?” “Why don’t you set another alarm clock?” “Why don’t you set the alarm farther away from your bed?” My desk was placed next to the manager’s office, and every time I was late, the time I arrived was noted down in my file. I had brought in a medical note from my doctor, but I guess the manager didn’t get the memo: eventually, when the stress became overwhelming, I broke down in her office. She told me that no one had ever mentioned a medical note.

For years, my physical and psychological symptoms worsened. My kidneys hurt and I wasn’t able to eat. I was constipated and nauseous. I was constantly getting sick—colds, viral infections—I was even hospitalized for illness. I spent thousands of dollars on therapy and prescription medications. Finally, someone suggested that I try weed (cannabis) for my C-PTSD. I wanted to try anything that might work. So I started smoking weed.

It took me a long time of come off the prescription medications—the withdrawal symptoms were horrible. I was told by my doctors that wasn’t possible—that you can’t get withdrawal when you come off pharmaceuticals. But I don’t think that’s true. There is a reason you wean people off those medications. Suddenly stopping a powerful medication is likely to have some effect on you. I tried to tell people that I was having trouble with withdrawal symptoms, but people just blamed the weed. To them, I was just a “dope-smoker,” an “addict,” and that was the source of my problems.

I began to expect the judgement from others. I was told I had “no drive,” that I must not want to “help myself.” It didn’t even seem to matter whether I was actively using cannabis or not. Once, when I told my doctor that I hadn’t smoked weed in over a year except for a single toke the previous summer, he told me that if I really wanted to get better, I wouldn’t smoke weed at all—that if I did it again, I would get kicked out of the dialectical behaviour therapy program I was in at the time, and I’d be “forced” to go to rehab. Instead of focusing on what I was doing now, he focused on what I had done a year ago! I felt like he saw me as a criminal.

I found out later from one of the program coaches that what the doctor had told me about being kicked out of the program and forced into rehab was false. But at another appointment, the same doctor filled out a requisition for me to take a drug test. He didn’t even tell me—he just added it to a requisition for other lab work. In fact, I only found out he was having me take a drug test when the lab technician asked me why I was taking a drug test. I can only assume it was because the doctor still didn’t believe I hadn’t smoked weed in a year. Not only was I supposedly a “drug abuser,” but I was apparently a liar, too!

I really wanted to prove that my health issues had nothing to do with the weed. It seemed like no matter what I did, not matter what medications or therapy I tried, if I didn’t get any better, then my poor health was always blamed on the weed. Any efforts I made and any struggles I faced were going to be discredited as long as I smoked.

So I stopped completely. I wanted to be able to say, “No, I’m clean; smoking weed is not the issue”—even though I hate the word “clean.” What does that word even mean? If I smoke weed, then am I somehow “dirty”? And if cannabis is legal for everyone to smoke, are we all now “addicts” and “stoners” if we smoke weed on our own time?

But I also know that whatever I do, it doesn’t really matter. To some people, I will always be “lazy,” an “addict,” a “stoner”—someone who doesn’t want to help herself get better—because labels stick.

How can we trust anyone—whether that person is a doctor, a therapist or a friend—who sees us so simplistically? How can we seek or accept help from anyone who uses that kind of diminishing language?

When we see people as individuals with unique experiences, then we are more likely to listen to their personal stories of suffering and come up with supportive and helpful solutions. But when we label someone as an “addict,” we stop listening. We think to ourselves, “Oh, you’re just an addict. I know what to do with people like you.”

The language we use and the labels we give each other have the power to shape how people think. We have a health system that is supposed to care for people. But if we really want to help people—whether we work in the health care field or not—we need to throw away the labels and look at the whole person: their pain, their struggles and their experiences. Only then can we find the right words to offer meaningful support.

Ashley lives in Vancouver and volunteers in Vancouver’s Downtown Eastside. She is a certified JRNI life coach