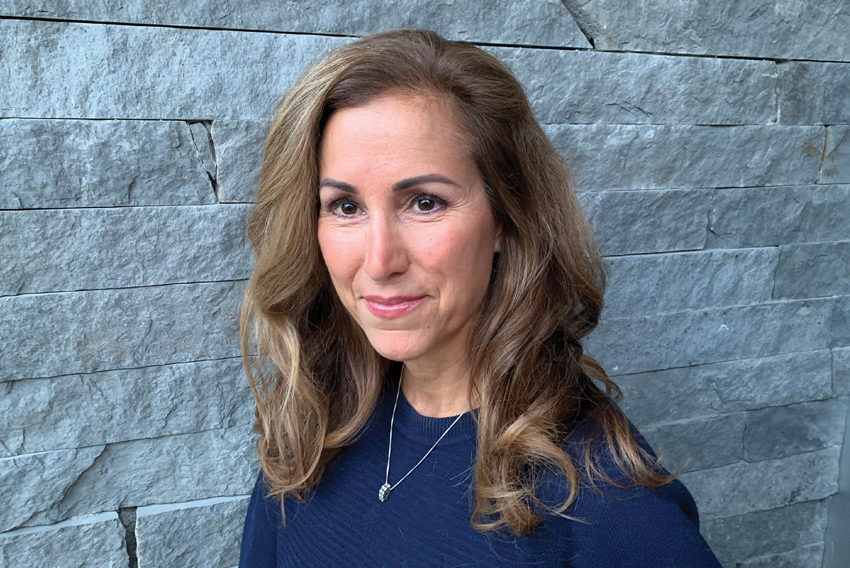 When I heard the knocking on my hotel room door late that night, I was horrified—but not surprised—to find the Sales Training Manager standing there with a bottle of wine in hand—especially after I had just told him to leave me alone when he repeatedly called my room asking if he could see me because he was “lonely.”

That entire training conference was horrendous. I endured continuous stalking and sexual harassment by Joe, both in and out of sessions. I was a young sales representative at the time, and it was humiliating to be targeted by a mature and well-respected manager. This unwelcome intrusion made me feel powerless and completely disrespected.

Gossip increased after I missed the airport bus transfer. I found out later that Joe had given me a later pick-up time from the rest of the group so that he could take me in his own car. While I was standing alone in the hotel lobby in great distress as I put this together, another manager realized what had happened and swiftly took me to the airport before Joe showed up. Luckily, the plane had been held for me; I literally flew away.

Upon returning back to what I thought was the safety of my Vancouver office, I was in for some more eye-opening disappointments. I met with my own direct manager and explained to him what had happened during the sales training camp.

His reaction and response were also disheartening when he asked, “Do you blame him given how cute you are?! Just ignore him.”

Time passed and Joe’s harassment of me continued, with his repeated phone calls at work increasing my anxiety and affecting my work performance. I decided that since my direct manager wasn’t going to help me, I needed to report the ongoing harassment to human resources. A few months later, I learned that Joe had taken an early retirement package. I was finally saved.

Fast forward 30 years: I am now a registered clinical counsellor specializing in workplace stressors. I have a private counselling practice and I work as a consultant for Anxiety Canada. One of my roles is to provide psychotherapy for clients seeking help for anxiety and depression as a result of workplace bullying and harassment.

When they first come to me, many of my clients are not sure what the difference is between being harassed and being bullied. Harassment is when bullying is on human rights–protected grounds (such as gender, race, sexual orientation, disability or religion). Workplace harassment can include interpersonal mistreatment such as disrespect, condescension, degradation, physical assault, sexual assault and threats of harm.1

Bullying is the same kind of conduct as harassment, but not in areas that are protected by human rights legislation. Like harassment, bullying is usually characterized as a pattern of behaviour. Generally, bullying takes the form of acts or verbal comments that could mentally hurt or isolate a person in the workplace and involves repeated incidents intended to intimidate, offend, degrade or humiliate a person or group. Bullying has also been described as the assertion of power through aggression.2

One of my clients, Jane,* experienced harassment when the department and division heads embarked on targeted incrimination of her, letting her go without having grounds to substantiate the suspension. These leaders knew that their conduct would lead to the humiliation and intimidation of a senior worker, yet their behaviour continued for more than two years. It became clear that they were trying to get her to quit so they could fill her position with someone else, a tactic they’d employed in the past.

The workplace bullying and harassment that Jane experienced resulted in a diagnosis of post-traumatic stress disorder (PTSD). She suffered from severe depression, had suicidal thoughts and experienced debilitating anxiety and panic attacks, which landed her in the hospital several times. Jane eventually had to go on sick leave and seek legal counsel. Because the complaint process is ongoing, the case continues to haunt my client.

Another client, Patrick,* was bullied by his senior boss, who constantly gave him impossible deadlines, and seemed intent on setting him up to fail. He would withhold necessary information from Patrick, aiming to make him look incompetent, which ultimately made my client’s stress levels intolerable. When Patrick also became the centre of all the boss’s offensive jokes in meetings and in group emails, he had to take time off sick on a regular basis. As the bullying continued, he began to have excessive worry about multiple situations. His generalized anxiety disorder symptoms also included sleep disturbance, difficulty concentrating, irritability, constant fatigue, restlessness and muscle tension.

Eventually, Patrick had to take a long-term disability leave that lasted for almost a year. Counselling approaches included cognitive-behavioural therapy, exposure therapy and mindfulness-based cognitive therapy to help him overcome the personal trauma he experienced as a result of the bullying. During this time, he submitted a successful claim for compensation since the anxiety was a direct cause of the workplace bullying. As a result, he was able to return to work better equipped with a range of newly acquired assertiveness skills in the event he needed to apply them in future.

Data from the 2016 Social Survey on Canadians at Work and Home found that overall, 19% of women and 13% of men reported they had experienced harassment in their workplace resulting in anxiety and panic disorders.1 The 2012 Workplace Bullying survey of 552 full-time Canadian employees found 45% of respondents said they were bullied. The sources of the bullying were  co-workers (24%), immediate bosses (23%), upper management (17%) and external (e.g., customers; 17%). But only one in three workers actually reported the bullying to their human resources departments.2

The study1 on harassment in the Canadian workplace supports my clinical practice findings: according to the study, the most common type of workplace harassment experienced by employees in Canadian workplaces was verbal abuse, with 13% of women and 10% of men reporting having experienced such abuse in the past year. The next common type of bullying experienced was humiliation, with 6% of women and 5% of men having experienced it, and 3% of both men and women having been threatened with humiliation. Women are also more likely to report sexual harassment (4%) than men (1%). More than half the women interviewed for the study were targeted by clients. Furthermore, more women in health occupations and unionized jobs reported being harassed workers.

The study also included information on sociodemographics. Among the 21% who experienced harassment were those with university education. Those earning less than $40,000 per year reported being harassed more frequently than those who earned more than $120,000 per year. Non-visible minorities were more likely to report harassment than were visible minorities (although it’s important to note that simply because a group is more likely to report harassment does not necessarily mean that group is a more frequent target of harassment than another group). Married people are also less likely to experience or report workplace harassment than single or never-married workers.

If my clients are experiencing bullying, harassment or other unwelcome intrusions, I coach them to do the following:3

I also encourage clients to find helpful resources on psychological health and safety in the workplace at www.myworkplacehealth.com.

Rita Schnarr is a registered clinical counsellor and a consultant for Anxiety Canada. She specializes in treating anxiety disorders, mood disorders and workplace difficulties. As a contributor for the Anxiety Canada MindShift CBT app, she also facilitates the adult group online treatment program nationwide. You can contact Rita at schnarrcounselling@gmail.com